Alan Lewrie is now commander of HMS Jester, an 18-gun sloop. Lewrie sails into Corsica only to receive astonishing orders: he must lure his archenemy, French commander Guillaume Choundas, into battle and personally strike the malevolent spymaster dead. With Horatio Nelson as his squadron commander on one hand and a luscious courtesan who spies for the French on the other, Lewrie must pull out all the stops if he's going to live up to his own reputation and bring glory to the British Royal Navy.
Назад 1 2 3 4 5 ... 76 Вперед

For Bill Wiles, Rick Newlon, Terry Fox, Tom Skalsky, and Jon Drake, my old pack of college runnin' buddies back when we were learning how to become a Nelsonian "Band of Brothers."

And, for Bob Enrione at CBS, who gives the best "loan" of obscure research books, and supplies the finest period details for the ambience, ever I did see.

of the ringing armor, and launch forth at the king's

command, if haply, the sea subdued, some renown

could arise from so great a task?

"Oh, dearest God, Alan…!" Caroline responded in a like whisper. Though they could have shouted, for all the clamor of a sloop of war readying to set sail. "My only love."

There were limits on how even the fondest captain and his wife could behave in public; quite unlike the open bawling of "wives"-the real helpmates, or the feigned for profit-had made when HMS Jester had at last lowered the "easy" pendant and put herself back into Discipline, and the men of the lower deck had bade farewell to their loved ones, perhaps forever. Squealing, mewling brats, snuffly seamen, and howling harridans, appearing far older and weathered than their years, cursed by Fate they'd wed with sailors. Saying their own good-byes-also perhaps forever; left with a new babe-to-be, a dubious pay certificate that would go for a quarter of its value with some agate-eyed jobber, a portion of their man's pay signed over with the Councillor of the Cheque, and always, and purposely, six months in arrears. A handful of solid coin, perhaps, since Jester had been formally commissioned in a home port. Paid just before sailing, so they'd not desert.

And, of course, the drunken shrieks of those harpies who'd come aboard as "wives," as they would every vessel Out of Discipline that they could reach, too drunk to know their tour of duty was over, and shoveled back into the bumboats, complaining loudly that they'd been shorted their due fee from their temporary "husbands."

Yesterday had been the hands' turn for partings; today it was the gunroom's. Unseemly weepings, wailings, and gnashing of teeth was not their way, not in public, at least.

" 'Tis been so good to have you home, even for a few scant…" Caroline shuddered. "I thought 'twould have been longer. I wished!"

"I know, dearest!" Alan sighed, shuddering himself as he used the wide brims of her stylish bonnet to screen them from the men in the waist-to kiss her soft, sweet lips just one more time, though they'd sworn to settle for last-minute affection in his great-cabins. "But things went so hellish good, so quickly, I…"

From the corner of his eye, Lewrie espied their new charge, young Sophie, Vicomtesse de Maubeuge, that unfortunate frail orphan of the Terror, and the evacuation of Toulon. Wan, pale… well not that wan any longer. In fact, she was eyeing him with a suspicious-yet sad-well, call it a leer, damme if he couldn't!

He gulped down his terror of her. Should she ever reveal to Caroline his carousing in the Mediterranean with Phoebe…! Quick turn, hugging Caroline harder, turning her so her back was to Sophie and her almost-mocking brow. And to escape that lifted brow as well!

A few more minutes, pray God! he thought fervently. Off and away, then! And if it comes out, I'm a thousand miles alee!

"I'd hoped to be in port longer, as well, love. Get back to Anglesgreen. Let you show me off, hmm?" Lewrie said, essaying his most fetching grin; to tease and dandle his way free. And leave his lovely wife laughing. "Get everything settled before… Damme, sir! Down! Get down, this instant! What the bloody hell you think you're playing at, young sir?"

Lewrie's youngest son had gotten away from his watchers once more, and had scaled the starboard mizzenmast ratlines. Again! This time, he was halfway to the fighting top!

Alan sprang to the bulwarks, getting a foot up on a carronade slide-carriage, then the blunt iron barrel, to swing into the shrouds and go aloft. "Hang on, lad. Don't go an inch higher, hear me?"

Taut as the mizzen stays were set up, as tensioned as they were through the deadeye blocks, the shrouds thrummed and juddered as Alan fearfully climbed, ratlines quivering with each rushed step.

"But, Daddy …!" Hugh protested. Aye, he did have a good grip on stays and ratlines, leaning into them; his pudgy little fists were a pink pair of vises on the tarred ropes, yet…!

Lewrie reached him, came eye level with his son.

"But, Daddy, t'other boys…!" Hugh whined, gesturing briefly to the clutch of snot-nosed ship's boys, the usual mob of Beau-Nasties carried on ship's books as servants; some of whom were only double the total of Hugh Lewrie's precocious, and terrifying, four years.

"Aww…" Hugh grumbled, casting one more wistful glance aloft to the topmast truck, which had been his intent. Well, at least the cross-trees, if truth be told.

On deck at last, smudged with tar and slushes, Caroline knelt at his side in a twinkling, to coo and fret, wondering whether Hugh needed cosseting, or another sound thrashing. For foolishness; and for smutting his best suit of clothing, if nothing else.

Hmm, I could use this, Lewrie thought, though wishing to tear a strip off her hide, as he would the merest menial. No, he decided; jape his way out. Tug at her heartstrings. And her remorse.

"A thousand pardons, Captain," Lt. Ralph Knolles said, doffing his hat in concern that he might be found remiss. "I should have assigned a hand to shepherd the lads. A topman, it appears."

"A topman, indeed, Mister Knolles." Lewrie grinned. "Damme… he's a little terror, isn't he? Now we know where the next sailor in the family's to come from, hey?"

"Mademoiselle Sophie," Lewrie said, turning to the girl. "Of course, you're forgiven. Nothing to forgive, really. As you become more familiar with us, you'll learn that Hugh will ever be our mischievous little imp. And a prankster. You must watch out for that, so he doesn't use you ill, as boys are wont to do-with sisters. From Sewallis, well… he's the quiet sort. I'm hoping you'll be a civilizing influence upon Hugh. And an edifying one 'pon Sewallis. As one more beloved member of our house. Dear as an elder sister."

"Merci, m'sieur," Sophie replied meekly, all but chewing her lip in contriteness.

"Well, then…" Lewrie concluded heartily. "My dear, perhaps we should bundle everyone into the buoy-tender before Hugh discovers the powder room, and erects a sand castle out of cartridges."

It was the perfect note to strike, Lewrie thought; if he did say so himself. Dear as he loved his wife and children-and he did in spite of his dalliances-sweet as it had been to have them down from the country to Portsmouth while jester had recruited and manned, and as tender and passionate as Alan and Caroline's reunion had been-well, damme if I'm not glad to see the back of 'em, he thought, a touch rueful.

"Hugh!" he called, picking up the lad to bring him eye level again. "You be as good a boy as you can be… consid'rin'. And, I promise you, when you're older… next time I'm home, hey? There'll be all the climbing aloft you want. But not before I say, hear me?"

"I promise, Daddy," Hugh replied. And thank God he'd finally learned how to pronounce his R's. "An' then I'll be a sea officer, just like you" the boy cried, wriggling with delight.

"That you will," he agreed, setting him down. God's teeth, what'd the boy expect, anyway? Second son, and all? It was naval or military service for him. "And Sewallis?"

"Yes, Father?" his eldest replied, ignored in all the confusion, and almost shrugging into himself as the hands of the after-guard trudged by to stations, as sailors and marines prepared to breast to the capstan bars to hoist anchor. Eyes darting constantly, not out of boyish curiosity, Lewrie was certain, but to see if he would be in the way! There'd been moments of folderol, of high cockalorum between them-but only a few-since he'd been "breeched."

Such a grave li'l man, Lewrie thought, with a trace of sadness, as he knelt by his side. "You make us proud at your school, now, hear me? Mind your mother…"

"I will, sir." Sewallis gulped, tearing up.

"Help make Sophie feel welcome and one of us."

"And keep an eye on Hugh. God knows, it takes more than one pair, now, don't it," Alan joshed.

"Good-bye, Father!" Sewallis suddenly wailed, tears flowing for real, and his solemn little face screwed up in pain. He flung himself at Lewrie, who hugged him close. "Wish you didn't have to go!"

"Growl you may, but go ye must, Sewallis," Lewrie told him as he patted his back. "Hush, now. Young gentlemen don't cry Not in public, at any rate. Talk to your puppies, mayhap, when things are dreadful. They'll always cock an ear to you. That's why I have that damned Toulon. He's a good listener, in the main."

Sewallis, perhaps with good reason, had an abiding fear of cats. Old William Pitt, sensing his shy nature, had taken a perverse delight in tormenting him before he'd passed over. Sewallis's happiest words, all during Lewrie's too-short spell in harbor, had been about dogs; specifically the litter of setter pups a stray bitch had whelped in their barn. Toulon, not to be outdone by his noble predecessor aft in the great-cabins, had spent half of Sewallis's times aboard playing panther-about-to-pounce from any convenient high place, or edging in close to stare at him when the family had dined aboard.

"Daddy…!" Sewallis shivered, trying to form a thought that simmered in his little head, some last meaningful declaration.

"There, there, little lad," Alan said without listening as he let him go and stood up. "Mind your way down the battens, into the tender. You're big enough, now, not to need a bosun's sling." 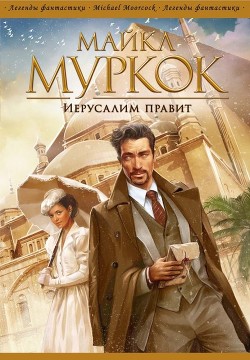 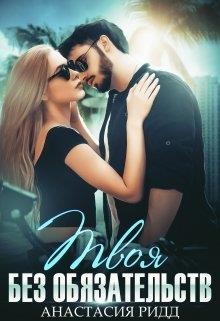