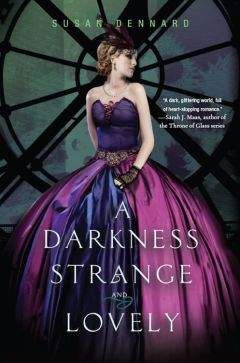 Following an all-out battle with the walking Dead, the Spirit Hunters have fled Philadelphia, leaving Eleanor alone to cope with the devastating aftermath. But there’s more trouble ahead—the evil necromancer Marcus has returned, and his diabolical advances have Eleanor escaping to Paris to seek the help of Joseph, Jie, and the infuriatingly handsome Daniel once again. When she arrives, however, she finds a whole new darkness lurking in this City of Light. As harrowing events unfold, Eleanor is forced to make a deadly decision that will mean life or death for everyone.
Назад 1 2 3 4 5 ... 52 Вперед

A Darkness Strange and Lovely

Something Strange and Deadly 2

For Sara Kendall and Joanna Volpe—you believed in me from the start, and I can never thank you enough.

When Jie’s letter came in the mail, I was so elated I forgot I had no hand.

Yet it was not the poor quality of my gray gown’s lace sleeve that prompted his expression but rather the bandaged stump poking out from beneath.

I yanked back my wrist, and the postman’s face erupted in red. “P-pardon me, Miss.” He thrust the letter at me.

“Of course,” I squeaked, snatching the letter with my left hand. Then I bolted from the post office into the Philadelphia morning.

Holding the hard-earned letter like a visor against the sun, I strode into the bustling Chestnut

Avenue traffic. The road’s cobbles were layered in a sticky, dried mud from yesterday’s rain. It clung to my boot heels as I crossed into the rattling carriages, clopping horses, and distracted pedestrians.

As I passed by shop after shop with their giant signs overshadowing the offices wedged between, I cursed myself for my stupidity. Almost three months with no hand, and one would think I would remember. The empty wrist ached all the time—itching in the night as if my fingers were still attached, reminding me constantly of how much more than a hand I’d lost. If not for that wretched injury, maybe I could put all the summer’s horrors behind me. Maybe I could push through each day instead of barely keeping my head above the darkness.

It always hovered there, threatening to drown me in memories of Elijah . . . and Clarence . . . and

But it was not to be. Just as my hand would never return, this grief would never leave. Life—and death—did not work that way.

Though sometimes, if I squinted hard enough, I fancied I could see a blue sparkle of spiritual energy, as if the ghost of my hand wanted me back as much as I wanted it. What with all the flickers and flashes of spirits I’d started seeing in the past few months, it wouldn’t have surprised me to learn that I was actually seeing the ghostly remnants of my hand.

As my brother, Elijah, had told me, if he had necromantic powers, then whether I wanted them or not, I did too.

I dabbed at my brow with my sleeve. Summer might have been fading into fall, and the thunderstorms with it, yet the heat seemed determined to stay. The usual breeze carried from the

Delaware River was missing, and I wished—not for the first time—that I hadn’t left my parasol at home. The annoyance of holding it in my clumsy left hand was nothing compared to the sweat oozing down my back and beneath my bonnet.

I spared a glance at the envelope, and my breath caught. In Jie’s meticulous print, it read Paris.

Paris! I hadn’t heard from Jie in more than a month, and the Spirit-Hunters had been in Chicago then. I’d hounded the post office every day since, desperate for some message that would tell me where they were—in hopes that I could join them—but no word had come. Until today.

Heavens, if I only could go to Paris—leave Philadelphia so far behind the past could never, ever catch up to me.

I scampered out of a buggy’s path and onto the opposite walkway, where I found the welcome shade of a storefront. It was Mrs. Binder’s trimmings store, where Mama and I had once bought sewing supplies. With no concern for propriety, I clasped the envelope in my teeth and used my left hand to rip it open.

And for the first time in ages, my heart actually lifted—and, blazes, it felt good.

Eleanor, Of all places the Dead would bring us, I never thought it would be Paris. This city is the strangest place I have ever seen. One minute people are screaming over the Dead (or les Morts, as they call them) and then the next minute they’re sipping their champagne and laughing at the latest scandal. Daniel calls them mercurial. I call them annoying.

I snorted. I could just imagine Jie’s scowl as she declared the Parisians all manner of undeserved foul things.

But it’s not just the Parisians who are strange. The Dead are bizarre too. Not only are they walking corpses, but they’re recently dead. Murdered. Joseph thinks it’s some sort of sacrifice, but he can’t tell what exactly. He spends all the moments he’s not out fighting the Dead or speaking before the Sénat with his nose stuck in a book.

Our host, the Marquis du Bazillac, is generous enough, but he’s demanding too. He seems to want Joseph and Daniel everywhere so he can show them off like prize cows. Daniel just saw me write that, and he’s telling me to scratch it out. I told him I’d scratch out his eyes if he didn’t go away.

I barked a laugh . . . but almost instantly, my stomach clenched. I missed Jie and Joseph and

Daniel so badly it hurt.

With a tight swallow, I kept reading.

You should see Daniel these days—you wouldn’t recognize him. He’s got this book on manners he carries with him everywhere; and not only does he always wear a suit now, but he’s got a top hat to boot! Prize cow, indeed.

I hope you’re well, Eleanor, and I wish you were here with us. I know your mother still needs you, though. Is she doing any better? Is she still at the asylum? And how is your hand feeling? Well, that’s enough questions for one letter. Besides, Daniel wants to add something, and I’m almost out of space. Write me back and send it to the Hotel Le Meurice in Paris.

Empress, Stay out of trouble. I can’t rescue you from across an ocean.

My fingers tightened around the paper, and tears stung my eyes. Daniel might’ve broken my heart, but he was still one charming scalawag. A scalawag I missed . . . and wished could be—

But it was too late. The regret trampled over me, aching in my throat. He had told me he didn’t love me months ago; and yet at every note he added to Jie’s letters, I inevitably turned into a pathetic ninny. Why was it that no matter how many times I scolded myself for caring, none of my stupid feelings would fade? Although . . .

I glanced at the letter again. Suits and a book on manners? What did that mean?

“Eleanor Fitt!” a girl’s voice squealed. “Is that you?”

I stiffened. I knew that shrill voice—just as I knew the huskier one that followed.

“I daresay, it has been ages since we last saw you!”

Wincing, I stuffed the letter into my pocket and hid my bandaged wrist in the folds of my skirts.

Then I turned to face Mercy and Patience Cook—or the Virtue Sisters, as I preferred to call them.

Squat Mercy bustled over to me, beaming in her lavender gown, while lanky Patience, pucker-lipped and pink clad, ambled behind.

“How are you?” Mercy asked, grabbing my arm. “We have missed you at all the parties!”

I very much doubted this, but I merely bowed my head and said, “My mother is . . . unwell. As such, we have not been getting out much.”

“Oh yes!” Patience said. “We had heard that.” Her nostrils fluttered as if she smelled a particularly good piece of gossip, and I knew immediately what question would come next. “Is she still at

My chest tightened painfully, and a thousand nasty retorts flew through my mind. Yes, my mother was at Kirkbride’s Pennsylvania Hospital for the Insane because yes, her mind had cracked. Mama’s health was the only reason I hadn’t chased after the Spirit-Hunters the minute my wrist had healed enough to travel. Kirkbride’s was lovely, what with its progressive ideas on mental health and its beautifully flowered grounds; but it was also expensive.

Yet these weren’t emotions I liked to dwell on, and damn Patience for forcing me to.

Fortunately, Mercy clapped her hands just as I opened my mouth to sputter something utterly inappropriate. “Oh, we were just in Mrs. Binder’s, Eleanor, and we saw the most wonderful pistachio muslin! Didn’t we, Patience?” She poked her sister.

“We did,” Patience simpered, “and it will look lovely with Mercy’s skin.” She turned a smug smirk on me. “Mother has the latest Harper’s Bazaar , you see, and it shows all the newest walking gowns for fall. We are going to have them made.”

I grunted, unable to conjure any other response. As far as I could tell, there was absolutely nothing wrong with their current gowns. I was in the same gray walking gown I’d worn every day since June, and it was still perfectly functional.

My eyes raked over Patience’s pink silk— I could get fifty dollars for that dress at Mr. Rickard’s .

And Mercy’s lavender grenadine was easily worth seventy-five. After selling all of my own dresses to pay for Mama’s hospital bills, I’d become quite adept at estimating what a dress would fetch at Mr.

Rickard’s Pawn Shop. I was also quite good at haggling for the best price.

However, I was not particularly adept at controlling my facial expressions.

I quickly schooled my face into a smile, but as my lips parted to reply, Patience cut in.

“Have you seen Allison Wilcox lately?” She lifted her eyebrows. “We have called and called, yet she is always away—that, or she is avoiding our company. Perhaps you have had better luck in your own calls upon the Wilcox home?”

Now I gaped at her and did not bother to hide my emotions. How dare she ask about Allison

Wilcox when she knew perfectly well what had passed between our families.

Mercy seemed as horrified by her sister’s question as I, for she reached for Patience’s elbow.

But Patience wouldn’t be silenced. “Oh, but of course you wouldn’t have seen Allison,” she cooed.

“But it is true, is it not?” Patience batted her eyes innocently. “The Fitt family and the Wilcox family are no longer on friendly terms? I daresay, the fact that you were seeing both Clarence and the man who murdered Clarence would not reflect well—” 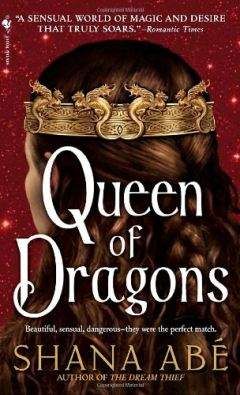 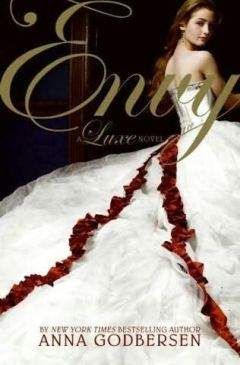 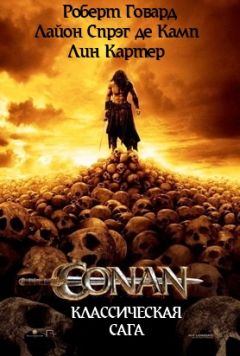 A Darkness Strange and Lovely отзывы 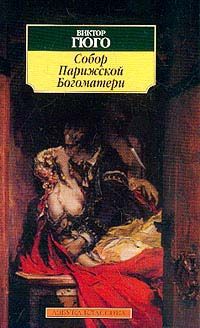